Saturday, August 17:  Whenever I leave my dad’s house in Yorktown, rather than driving up the chaotic and heavily traveled I-64 and I-95 toward Washington, I like to drive on Route 17 through Gloucester County, Middlesex County, Rappahannock and Fredericksburg.  There’s hardly any traffic once you leave Gloucester and the drive is relaxing and serene, with farmland, forests, old churches and rolling hills.

Today, I stop off at the little waterfront town of Urbanna in Middlesex County.  It’s just a little pin drop on a map, with a total area of 0.5 square miles and 543 people as of the 2000 census.  The name means “City of Anne” and was named in honor of England’s Queen Anne.  It’s claim to fame is the Urbanna Oyster Festival, which has been held for 50 years on the first weekend in November.  I’ve already penciled it in on my calendar for this fall. 🙂

As far as I know, the only thing of historic interest in the town is Lansdowne, shown below.  In 1763, Ralph Wormeley sold this house to Scottish merchant James Mills. In 1791, Arthur Lee bought it, along with 1,000 adjacent acres, to be his home in retirement.  Lee named his estate Lansdowne in honor of his friend William Fitzmaurice, Earl of Shelburne and Marquess of Lansdowne, a British statesman who supported the American cause before and during the Revolution.  Fitzmaurice became Prime Minister in 1782 and negotiated the Treaty of Peace, recognizing the independence of the United States.

Other than that, Urbanna is just a cute little town with a couple of restaurants and shops and today, a little crafts festival with a few booths selling jewelry, paintings and other crafts.

I’m hungry for some lunch, so I stop at the little cafe, Something Different (“Specializing in Find Neanderthal Cuisine”), where I sit at the bar and order some crab cakes – “Award Winning – NO FILLER” – and a diet coke.  The crab cakes come with hoecakes, which are cornmeal griddlecakes with jalapeno.   The “NO FILLER” promise wins me over to the crab cakes, but I’m disappointed to find they’re deep-fried.  I’m in search of perfect crab cakes (NO FILLER and BROILED) now that I’ve returned to my home state.  These are tasty, and I don’t hesitate to gobble them down, but they’re not perfect.

After lunch, I wander through the little drop of a town and then down to the marina, where the skies are looking a little foreboding.  I love these kinds of waterfront towns found all through Virginia. 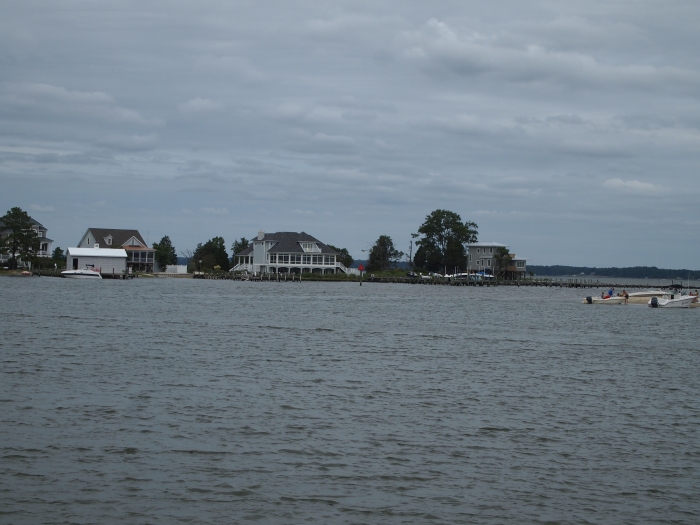 I really want a waterfront house with a screened-in wrap-around porch and a big green lawn like this.  Maybe in another lifetime? 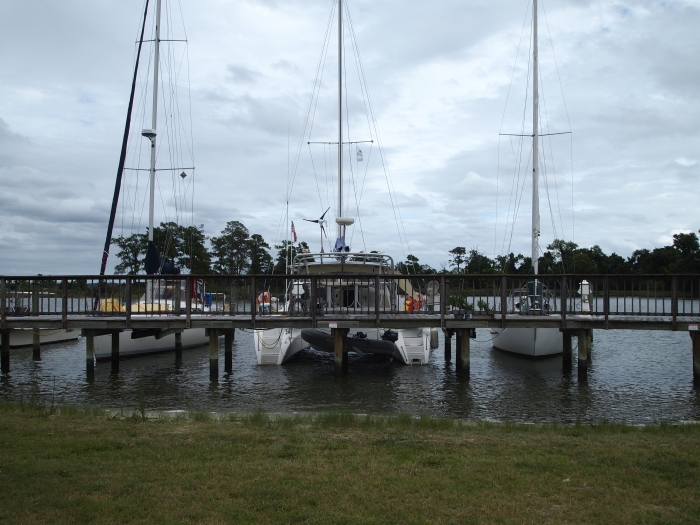 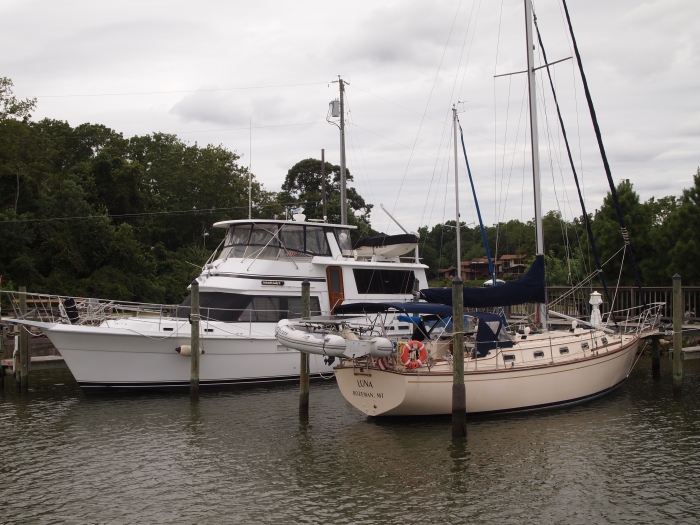 As I’m driving out of town, I come upon this cute little “antiques” store, where I stop in for a gander.  It seems I’m starting to pick up my southern “Virginia talk” now that I’ve returned to my home state. 🙂 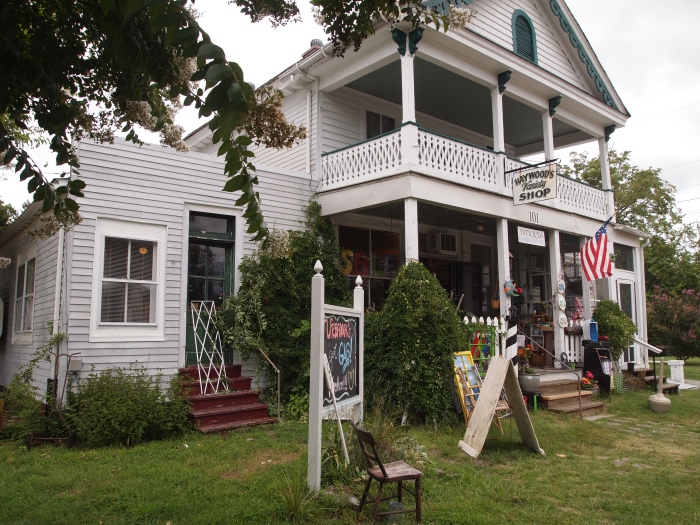 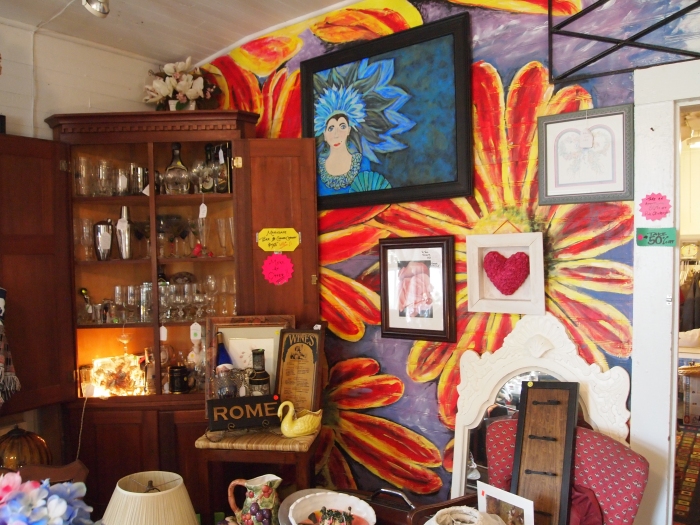